Home >> Press >> News >> Op Ed: Despite a Difficult Year for Crypto, People in Emerging Markets are Optimistic about a Digital Future

Op Ed: Despite a Difficult Year for Crypto, People in Emerging Markets are Optimistic about a Digital Future

Despite a difficult 2022 so far for crypto markets, major financial institutions are still looking forward to a digital future. For example, last week Barclays reportedly took a stake in Copper, and other traditional banks are also looking at ways of expanding in the market.

However, it’s not only big banks that are preparing for a digital future. Central Bank Digital Currencies (CBDC) are an increasing area of focus for governments and central banks. From their point of view, CBDCs provide all of the benefits of digital currency (such as easier cross-border payments and faster transaction times) but without the volatility of the private crypto markets.

Most crucially, a CBDC provides central banks and governments a greater level of oversight that can help avoid fraud and corruption. With over 80 central banks currently investigating how CBDCs can play a role in their country, it’s clear that monetary policy will have a digital future.

Nevertheless, there is often a considerable amount of scepticism towards digital assets in countries where traditional banking systems are more entrenched. For many, digital assets are synonymous with suspicious projects that have opaque processes, driven by glossy celebrity endorsements.

This, compounded with the fact that financial processes are widely accessible, means that many sceptics see crypto and other digital assets as a speculative luxury. This attitude has prompted the Bank of Japan to pause its CBDC introduction plan due to a lack of public interest.

While it’s true that the majority of crypto investors are in established markets, attitudes towards a digital financial future are considerably more optimistic in emerging markets. A recent survey of people in 10 emerging markets across LATAM, Africa and APAC, conducted by Temtum Group, found that a massive 97% wanted to use digital money more regularly.

Cash is still king… but not forever

This underlines another issue that emerging markets must overcome – the lack of infrastructure to facilitate greater use of electronic payments. At the moment, cash is easier to use for both consumers and small businesses but it can be a lot more difficult to control from a central bank or government point of view. This means that governments have less control over their tax revenues and people are at greater risk of fraud and corruption.

The lack of infrastructure is also reflected in current private crypto facilities in regions like Africa, which houses fewer than 40 of Bitcoin’s 13,000+ nodes. Nevertheless, the region’s young and increasingly tech savvy population showed high levels of interest in crypto, with 79% of African respondents aged between 18-24 owning crypto.

This is where a digital future could supercharge emerging markets, by banking the unbanked. CBDCs can act as a major benefit to people who traditional banking infrastructure finds difficult to reach, whether that’s low-income earners, the elderly, immigrants, those living in rural areas or disabled people. CBDCs would act as a gateway into the formal financial world for some of society’s most vulnerable groups. 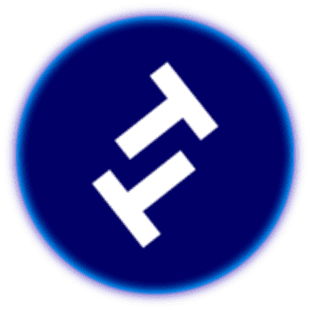 Another way that CBDCs can close the financial inclusion gap is through its ability to scale rapidly. By partnering with the private blockchain providers, governments in emerging markets can utilise the Internet of Things to create an energy efficient, scalable network.

Most importantly, the ability for CBDCs to be used on feature phones as well as smartphones, and without the need for a formal bank account, will ensure that digital money becomes truly accessible. Feature phones make up the generation of phones before smartphones. And while many countries have transitioned over to newer models, around half of phones shipped to Africa are feature phones, mainly due to their affordability.

Attitudes towards the centralisation of digital currency differs greatly between established and emerging markets, with Western commentators hailing the introduction of CBDCs as the ‘end of democracy’. On the other hand, three quarters of respondents from emerging markets were in favour of their country’s government implementing CBDCs.

There is a feeling that emerging markets utilise the Fourth Industrial Revolution to catch up with global leaders and establish a digital future for their economy. That’s why it’s crucial for governments and central banks to collaborate with blockchain providers who have the expertise to build robust CBDC networks. With the right technology in place, emerging markets will be able to transform people’s enthusiasm into economic growth.