How the Crypto Crash Has Changed the Future of Digital Currency

At the beginning of the last decade, you would have been hard pressed to find a senior banking executive that had a positive word to say about cryptocurrency. From alluding to potentially illicit uses to highlighting the lack of regulation in the space, the traditional banking industry closed ranks and fought hard against the adoption of crypto.

Despite this, there are now 220 million crypto users globally. In the last five years alone, crypto assets have grown from $14billion to $3 trillion. Traditional banking institutions want in on the action. It’s clear that banks and governments have been too slow to act and are now desperately trying to catch up. 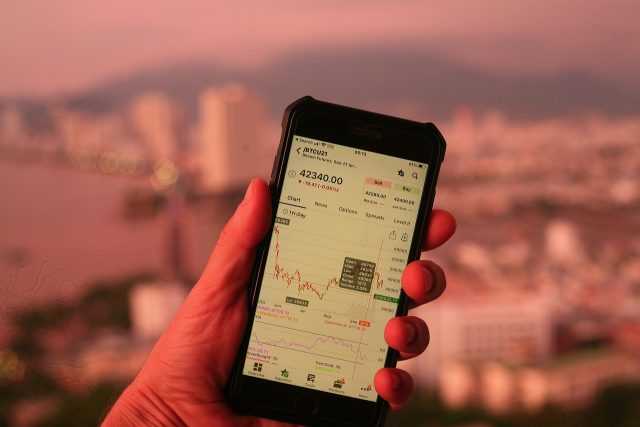 Over the last decade, banks have been scooping up a variety of blockchain and related patents. Last year alone, the Bank of America aggressively increased their focus on blockchain, increasing their number of blockchain patents by 86%, making them the leading patent-holder in the space. Other banks have gone further. For example, Bank of New York Mellon has introduced a digital asset custody service, giving it a direct relationship with clients’ crypto holdings.

Although banks and cryptocurrency are becoming more intertwined, the relationship is an uneasy one. For many users crypto’s DeFi credentials are its most attractive benefits. Central to this is the facilitation of monetary transactions without the involvement of traditional banks. Even recent changes in terms of service from crypto exchange platform, Coinbase, which ties customers’ assets to the fate of the company, and Celsius’ asset freeze have set alarm bells ringing for crypto evangelists who were enamoured by the lack of regulation in the space.

There’s no denying that the digital currency landscape is changing and this has only been accelerated by the ongoing crypto crash. For many early adopters, major fluctuations in crypto valuations have been par for the course since its inception. However, 2021 saw a huge boom of new investors, many of whom had little experience buying crypto. As a result, the noise around the current crypto crash seems more intense than previously, with multiple outlets speculating that Bitcoin could even hit $0.

However, this isn’t the end for crypto and digital currency. When observing the responses of the traditional financial institutions, it’s clear that the future is digital. Amidst the current crypto volatility, Goldman Sachs and Barclays have invested in Elwood Technologies, valuing the company at £500 million. This highlights the view that cryptocurrencies have more longevity than current doomsayers presume.

At the release of its 2022 Economic report, BIS Head of Research, Hyun Song Shin said “Our broad conclusion is captured in the motto, ‘Anything that crypto can do, CBDCs can do better.’” The report set out a view of a future monetary system that centred on CBDCs rather than cryptocurrency.

2022 could be the year of the CBDC. Recently, the Bank of Jamaica made history by becoming the first country in the world to legalise its CBDC and the digital yuan trials in China are being met with high levels of public support. 90% of central banks are following their example by investigating their own CBDC options.

It’s no wonder that CBDCs are on the ascendancy with the numerous benefits it could have for governments and their people. With the volatility in cryptocurrency, CBDCs seem an attractive option, as they can provide greater levels of security and stability.

In an increasingly globalised world, the ease of cross-border payments that CBDCs could offer is more important than ever to businesses. On an individual level, CBDCs can close the financial inclusion gap by lowering the barriers to financial processes and increasing the number of ways to make transactions. For example, people would be able to transfer money using their mobile phone without needing a bank account.

However, governments and central banks need to ensure that they don’t alienate crypto users. Crypto holders represent a key group of early adopters who would be able to use their knowledge and influence to kickstart a country’s CBDCs. The only way to achieve this is through collaboration.

Governments and central banks will only reap the benefits of a CBDC when they have a robust, efficient and scalable network. To achieve this it’s imperative that they work with existing private crypto and blockchain businesses who would use their expertise to implement such a network. This would be a boost to both parties as the central bank would be able to roll out their CBDC more efficiently and the private company would have a demonstrable use case for their digital currency.

Overall, it’s clear that despite the current crypto crash, financial institutions are preparing for a digital future. However, the only way to ensure that they’re able to achieve their goals is by working alongside private crypto and blockchain companies and implementing compromises which protects users but enables them to have greater digital freedom.